Located on Wangbur Mountain, on the southern bank of Lhasa River in Maizhokunggar County, Lhasa, Ganden Monastery stands at an altitude of 3,800 meters above sea level. Founded in 1409 by Tsongkhapa Lobsang Drakpa - the founder of the Gelugpa Sect, it is the most special monastery of the six famous monasteries of Yellow Hat Sect – the Gelug Sect. As the ancestral temple of the Gelug Sect, it was named Yongshou (eternal health) Monastery by the Emperor Shizong in Ming Dynasty. Ganden Monastery, Sera Monastery and Drepung Monastery are the “Three Great Monasteries of Lhasa”.

The supreme abbot “tripa” of Ganden Monastery is also the abbot of the entire Gelug Sect, ranking third only after Dalai Lama and Panchen Lama.

More than ninety holy stupas to keep the body of Tsong Khapa and other Gandan tripas after they passed away are remained in Ganden Monastery. In the monastery, the murals and sculptures are very exquisite, and many cultural relics and handicrafts have been stored here since the Ming Dynasty: the armor rewarded by the Emperor Qianlong of Qing Dynasty in 1757, studded with gold and silver jewels, and written in Chinese, Manchu, Mongolian and Tibetan; many exquisite silken Thangka, most of them are the Jiangsu embroidery of the early Ming Dynasty; the seat when Tsongkhapa inaugurated to be the abbot of Ganden Monastery, the bed for meditation when he passed away; 24 Thangkas rewarded by Emperor Yongle of Ming Dynasty; and the cushions of Gushri Khan, etc.. They show fully the monastery's long history and noble status.

Jamba Buddha (Maitreya) - the Buddha of the future was mainly worshiped in Ganden Monastery, and later they added golden and bronze statues of Tsongkhapa and other Buddhas to worship. The monastery is composed of more than 50 buildings, mainly consisting of the Coqen Hall, Tsongkhapa’s bedchamber, Yangbajian College, Holy Stupa Hall of Tsongkhapa, Jiangzi Dratsang, Xiazi Dratsang, 23 Khangtsens and 20 Micuns. The Coqen Hall (the main assembly hall, actually is the Great Buddha's Hall) was built in 1409 with 43.8 meters wide and 44.7 meters deep. It has 108 pillars and can hold 3,300 monks to recite scriptures at the same time. The two major Dratsangs in Ganden Monastery, Jiangzi Dratsang and Xiazi Dratsang, laid the foundation for Gelug Sect.

Tri Thok Khang was served as Tsong Khapa and other tripas' bedchamber, and they practiced also here Tantra Way. Originally built in 1409, and extended by Sonam Dorje in 1720, it was added a golden roof during the period of the 7th Dalai Lama.

During the Shoton Festival in Lhasa, there is also a Thangka Festival in Ganden Monastery.

It is said that the 15th day of the sixth lunar month of the Tibetan calendar is the day of the reincarnation of Buddha Sakyamuni. Then there is the story of creation and inheritance of the Dharma. So the Ganden Thangka Festival takes place on this day. During the festival, the monks unveil a huge thangka with image of Buddha on a wall outside the monastery, and thousands of people come to see the stunning painting and pray at its hem for themselves and their families.

And in the first month of Tibetan calendar every year, there will be a three-week long display of the 24 Thangkas presented by Emperor Yongle of Ming Dynasty for the monks to appreciate and revere.

On every October 25th of the Tibetan calendar, during the Tsongkhapa's death anniversary, a large Buddha statue with 26-meter-long and 10-meter-wide will be displayed in the monastery in the day, and the light will be lit in the evening. The ceremony is very solemn and is the most important traditional festival of the monastery. The festival is called "Gandan Ngamchue", means the Lantern Festival, its grand degree even surpasses the Shoton Festival. 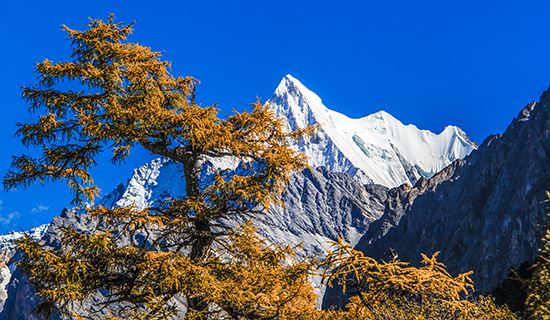 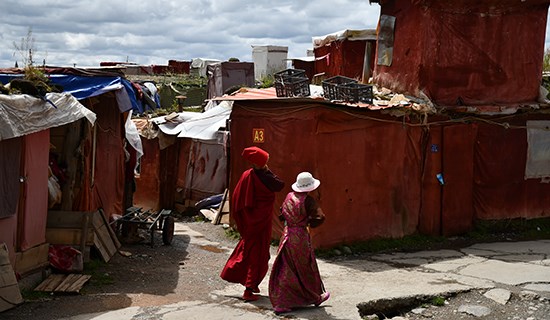 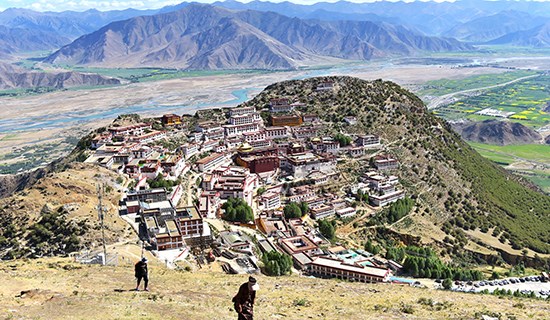 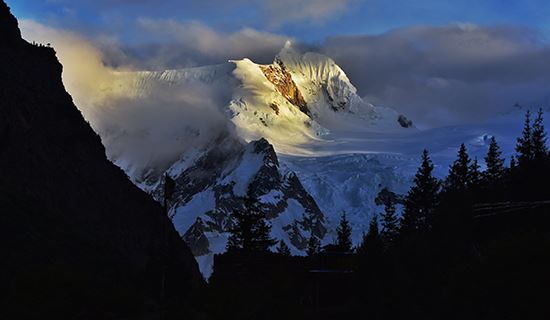 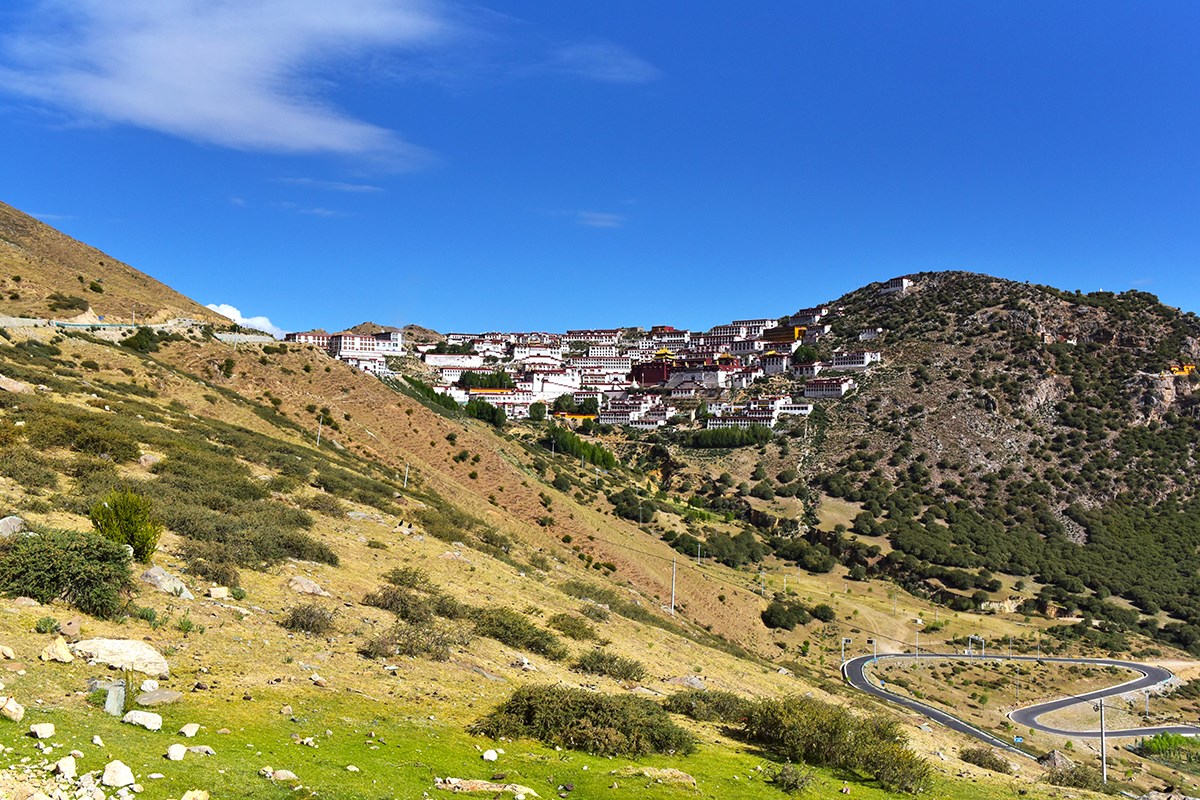 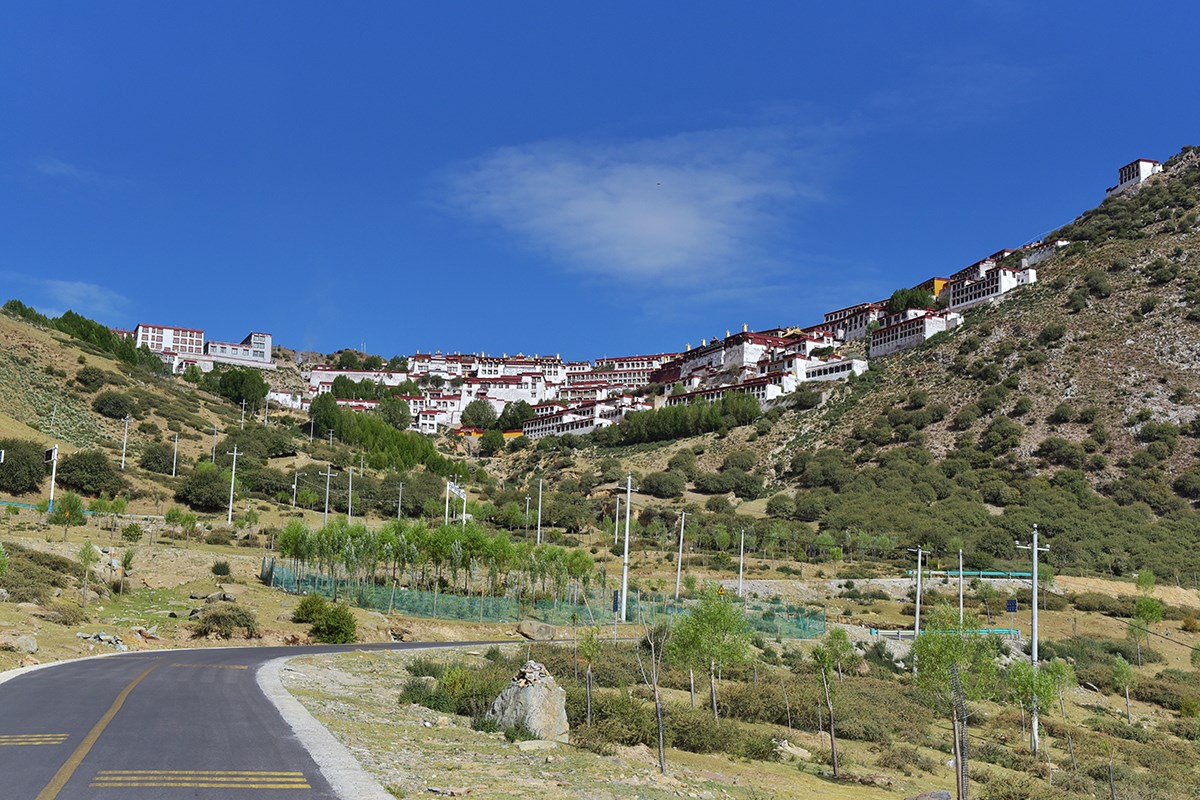 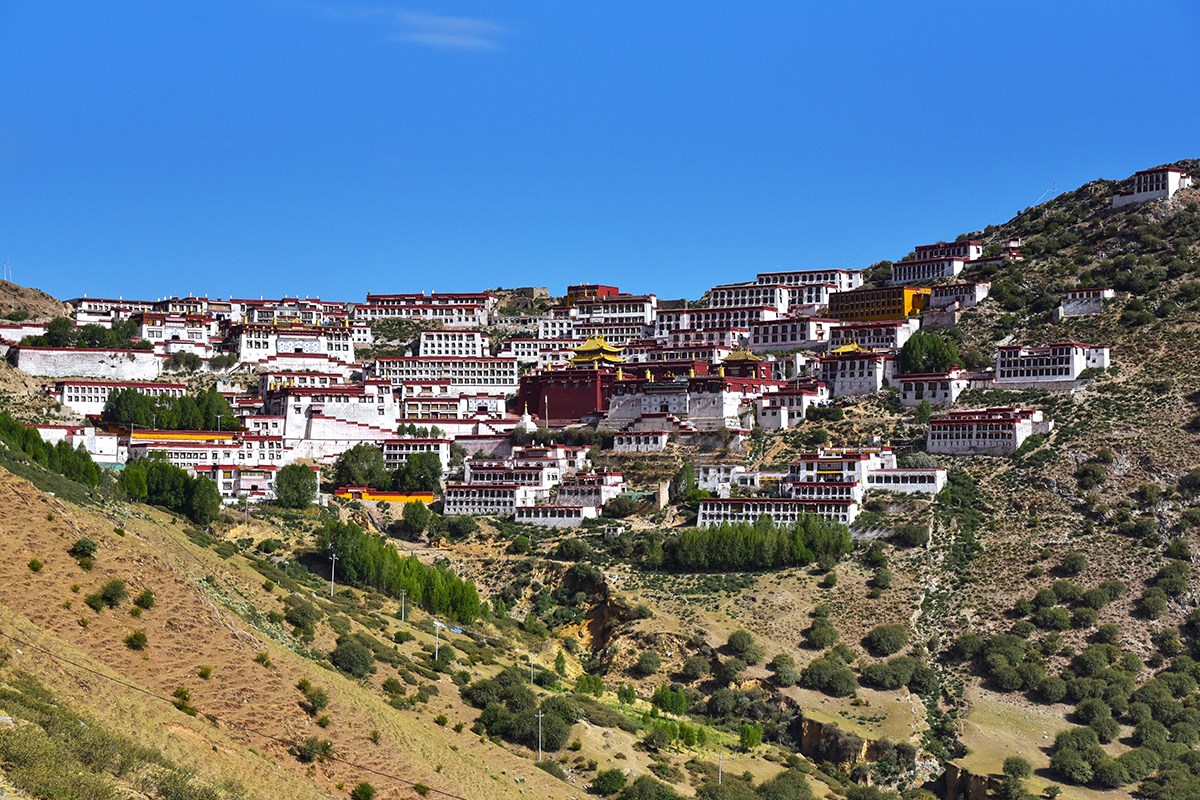 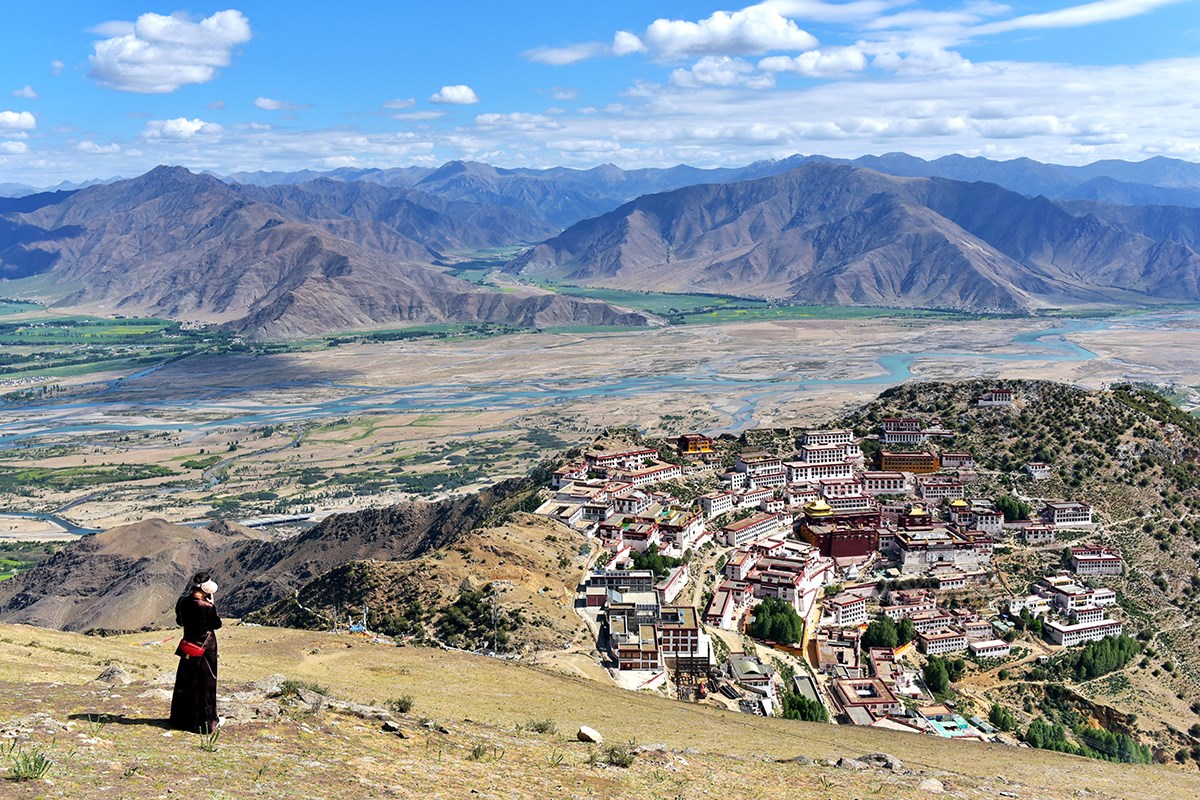 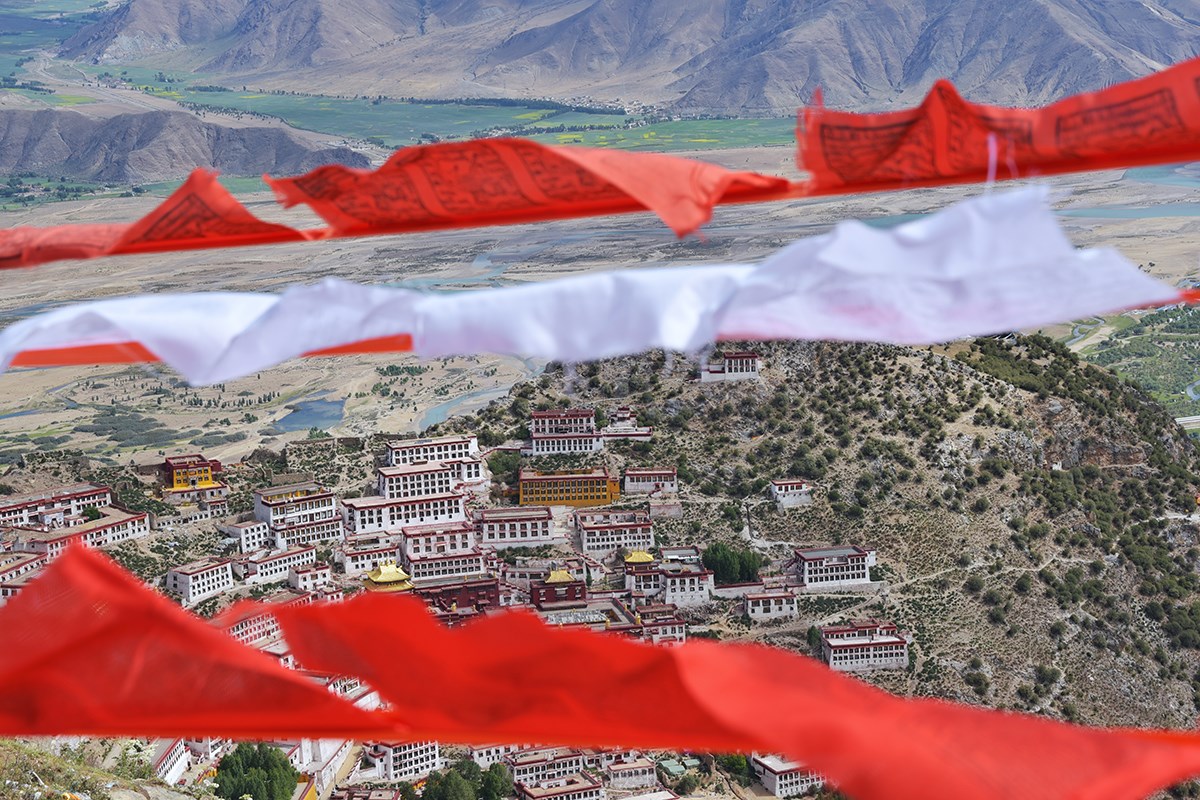 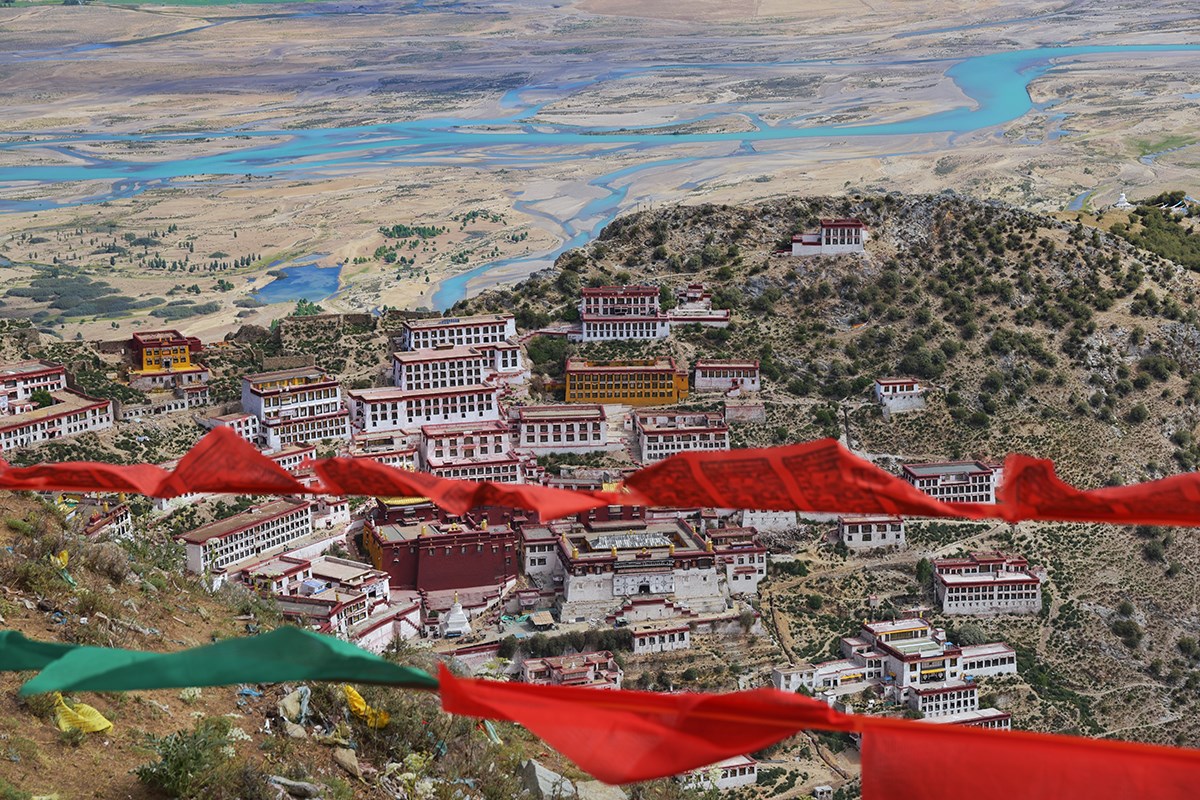 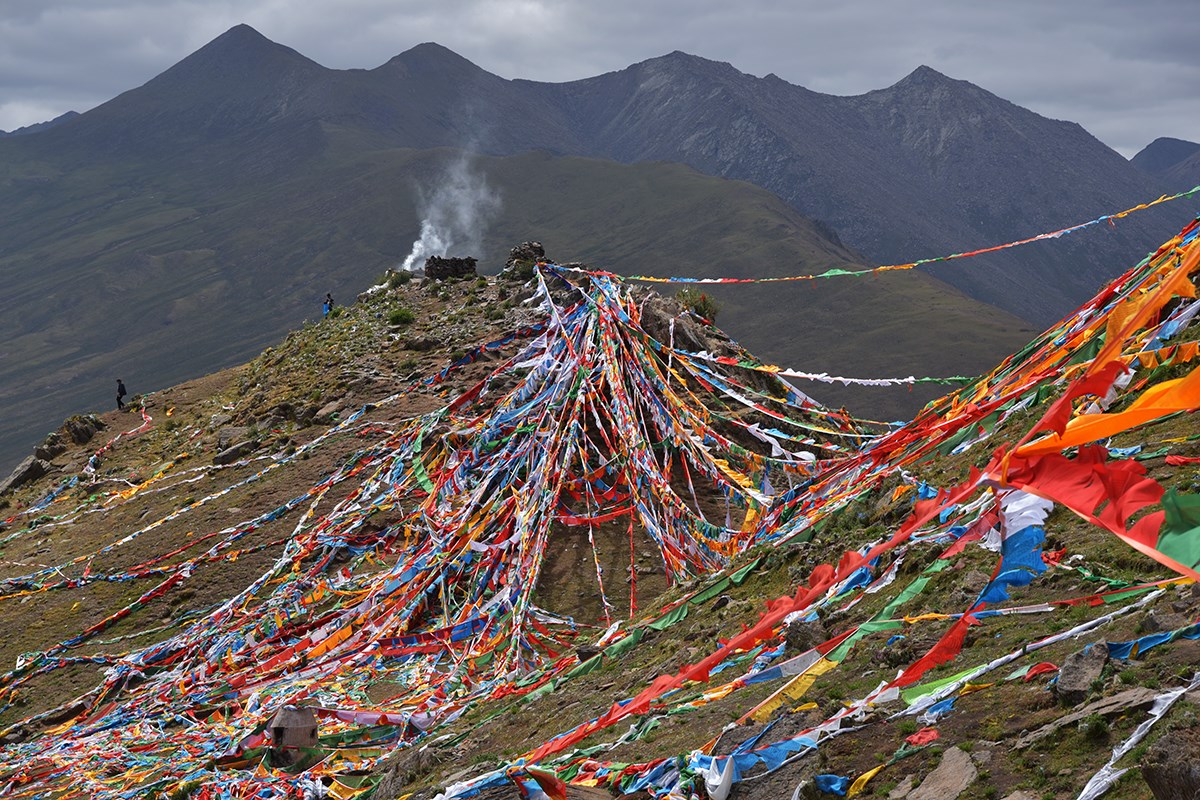 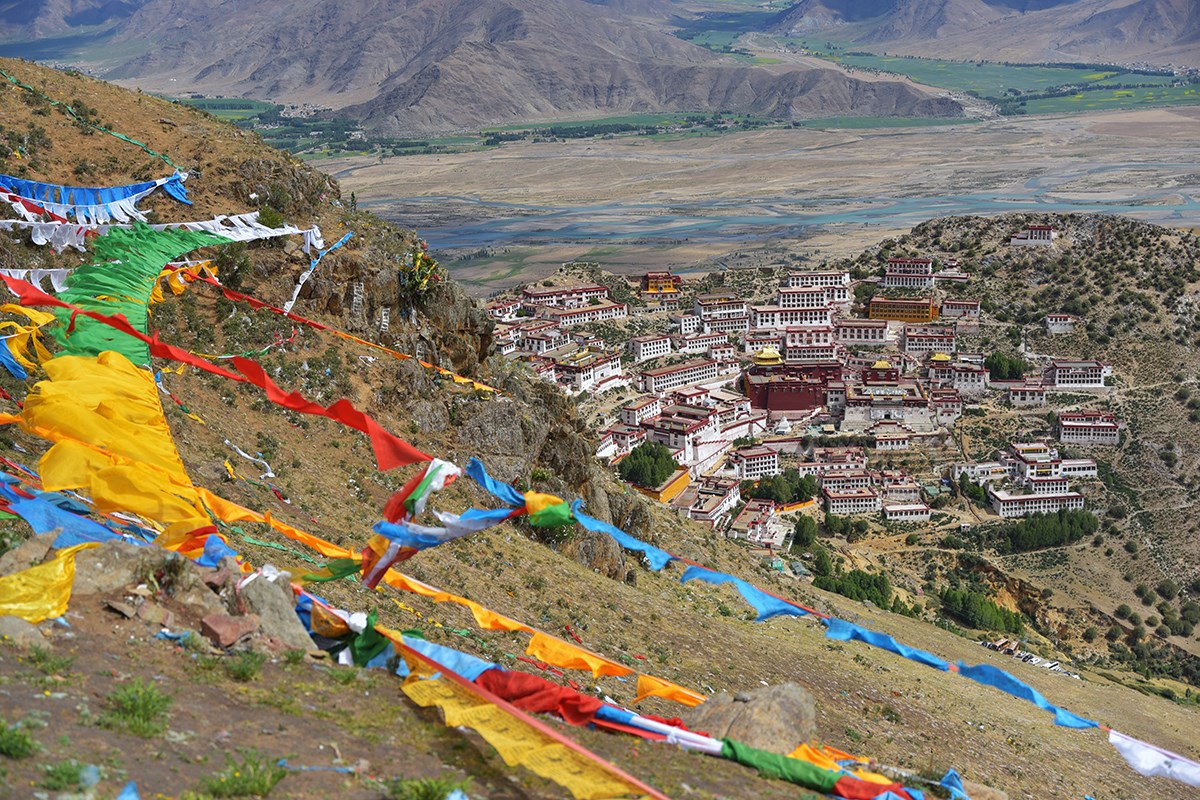 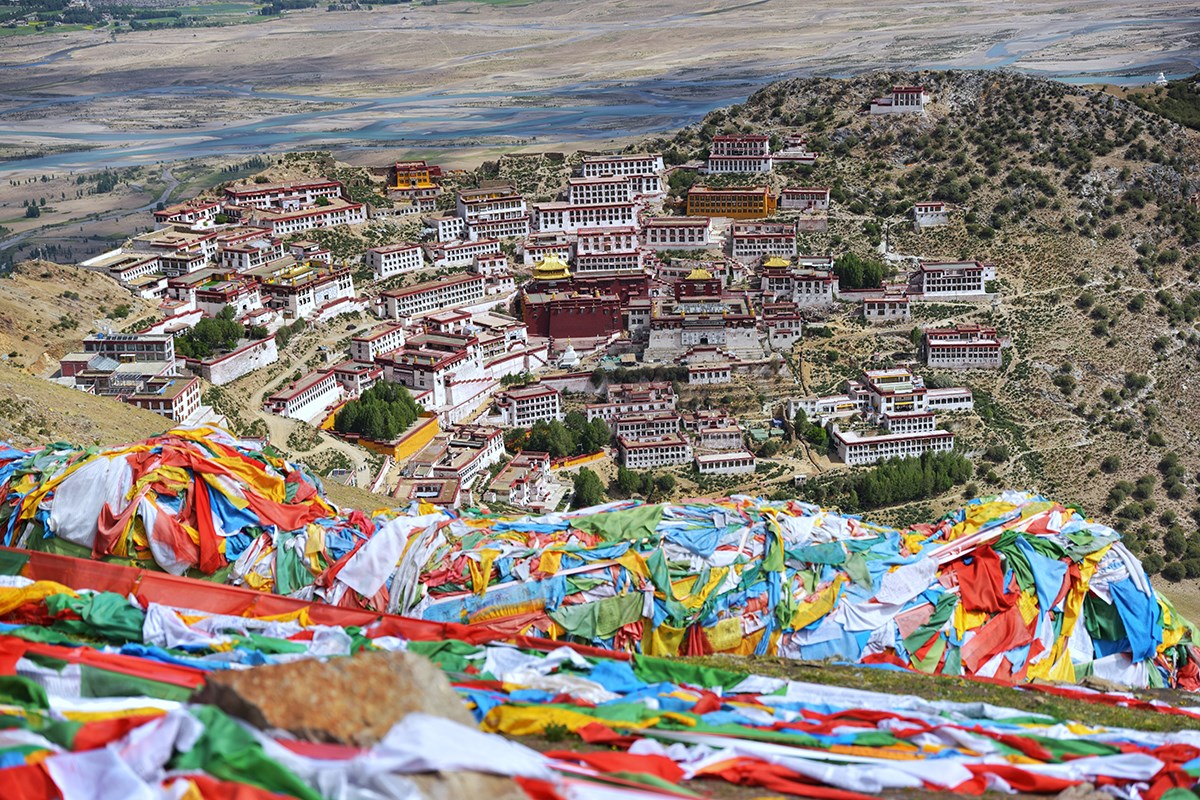 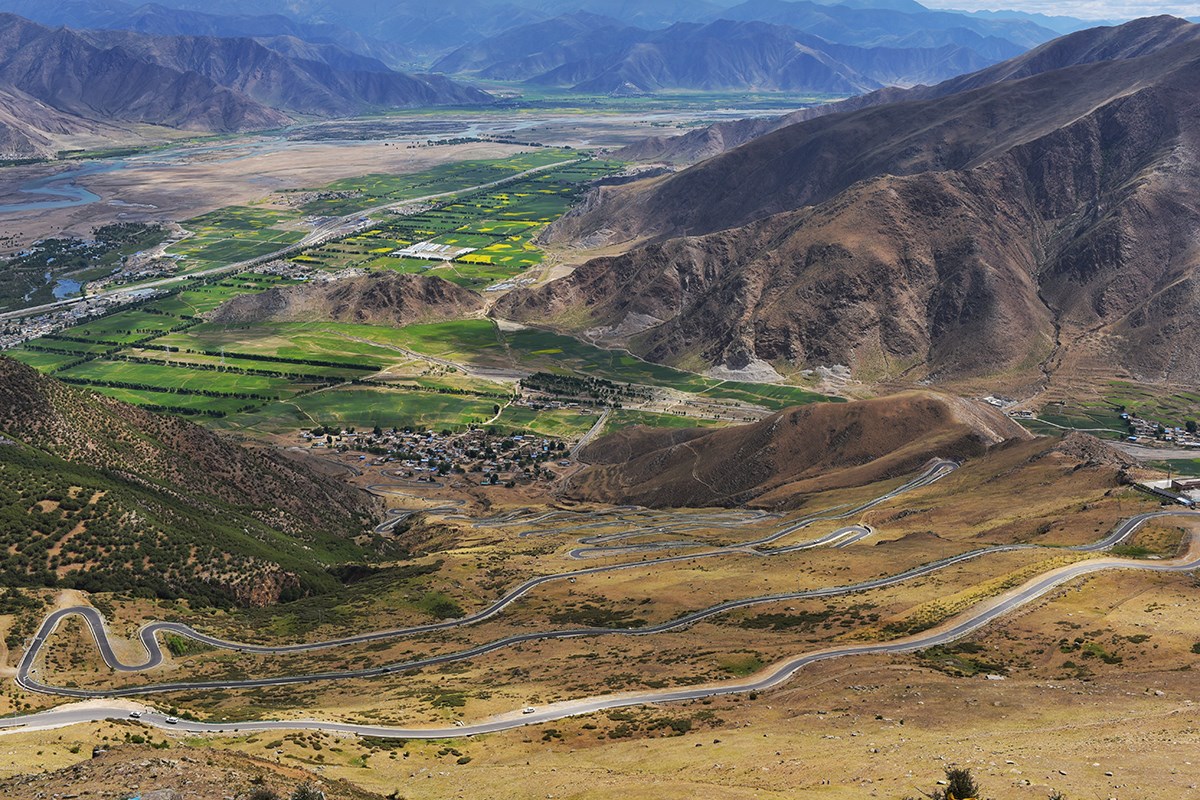 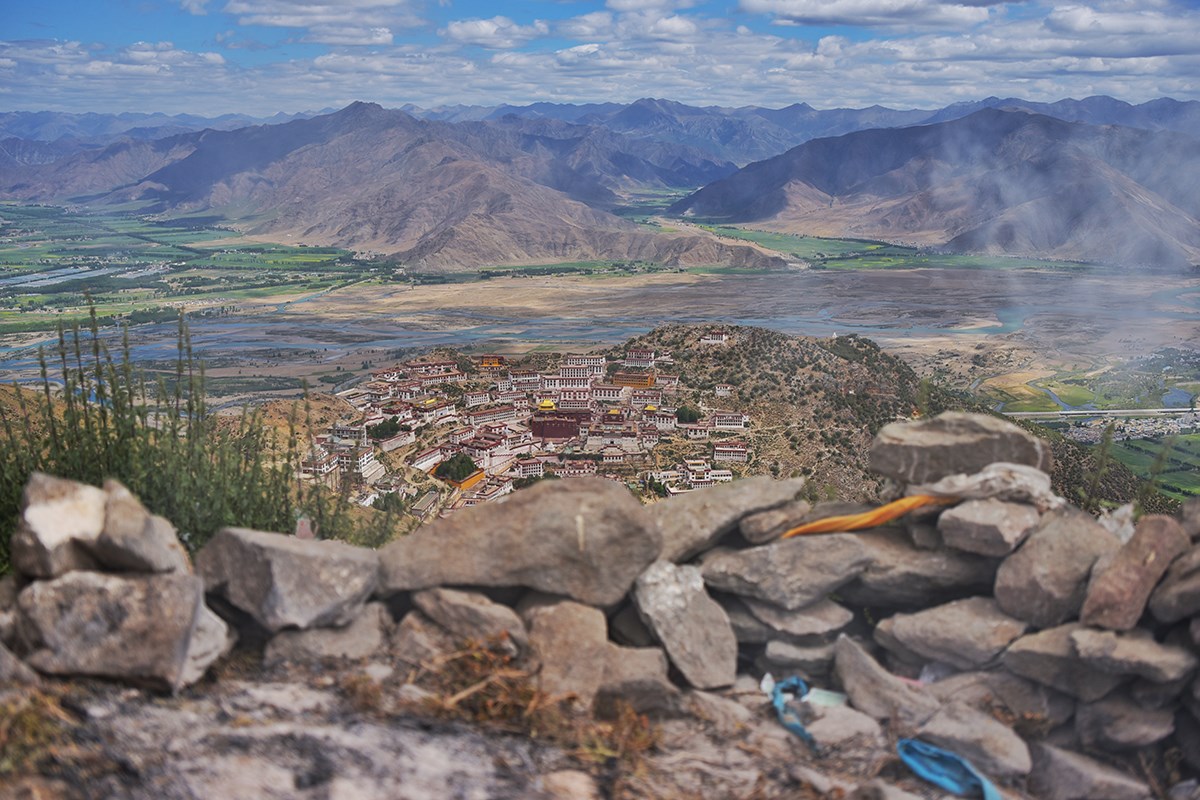 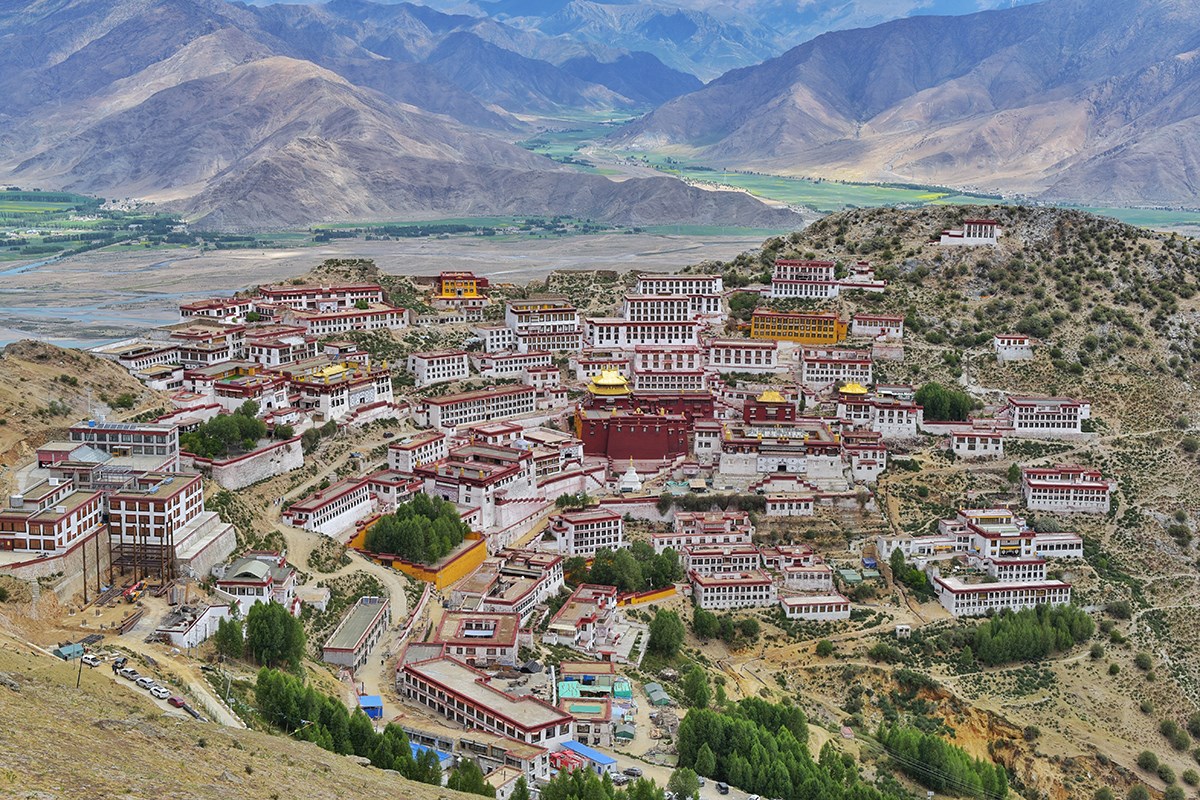 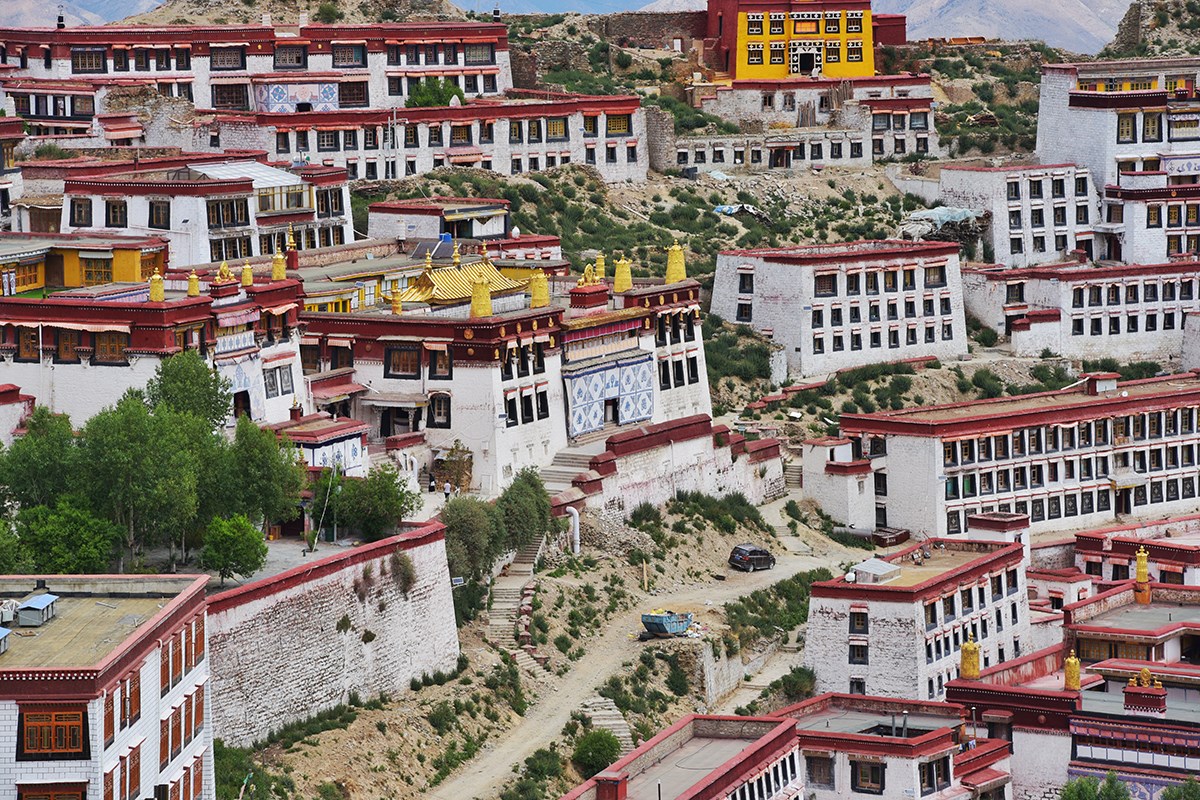 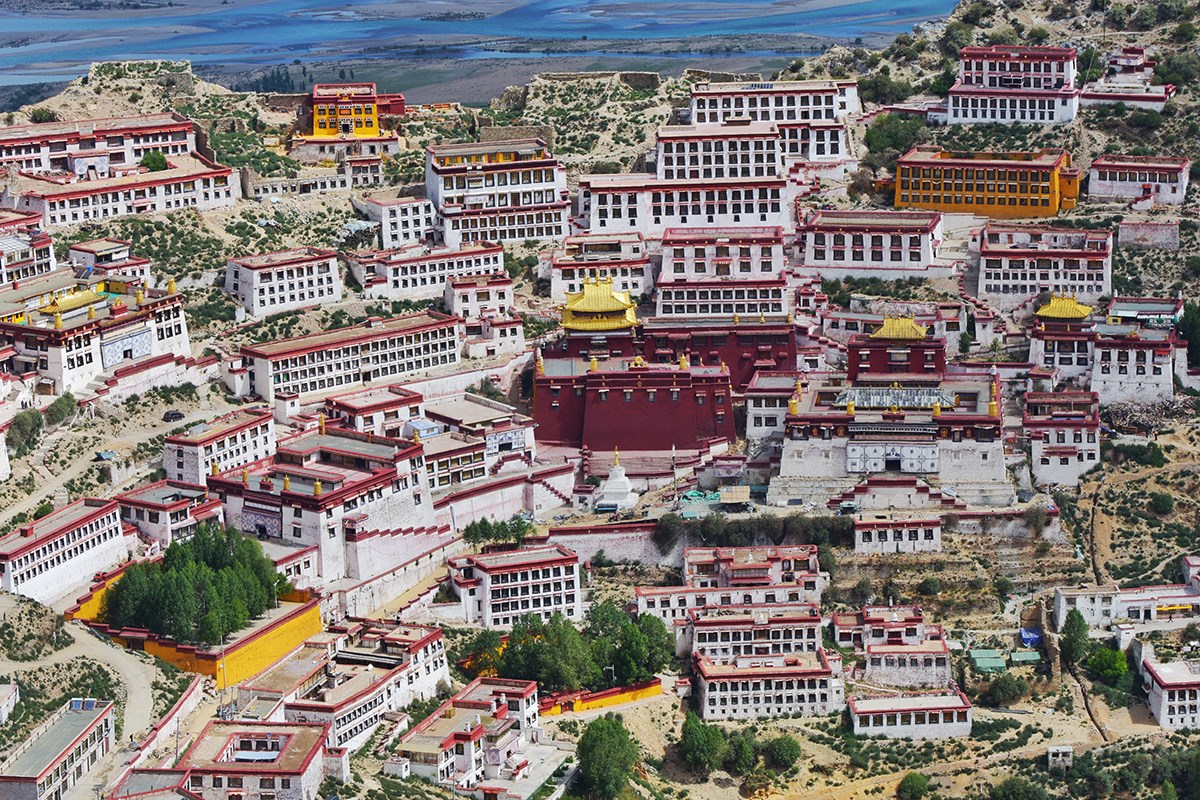 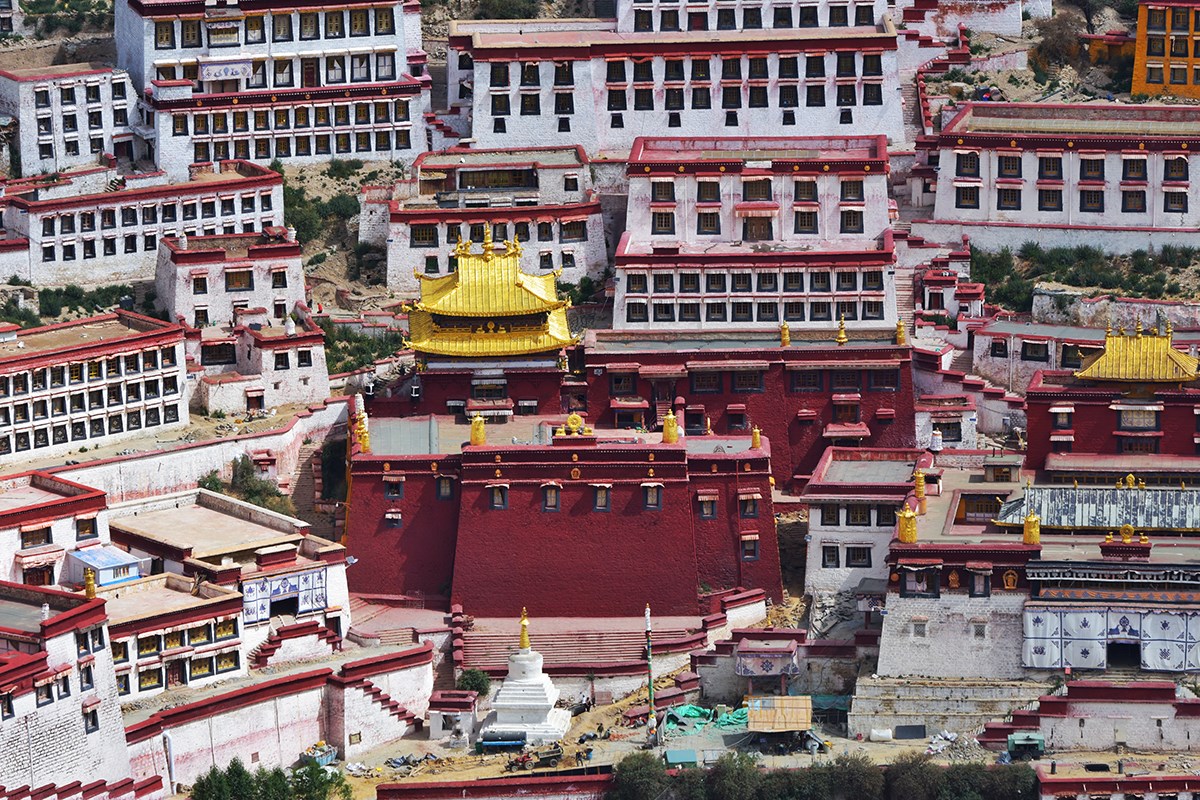 Gandan Monastery | Photo by Liu Bin
Rich Choices of Tibet Travel and Tibet Trekking
We think, you'll get your favorite Tibet travel here. Of course, we can plan your private travel according to these Tibet tour and Tibet trekking series, we need only a rough idea of your interests, wishes, demands...