The site of the Guge Kingdom is located on an earthy hill, 2 km away from Tsaparang District, Tsada (Zhada) County, Ngari (Ali) Prefecture in the western of Tibet Autonomous Region, and is about 18 kilometers away from the west of city Zhada.

In the ninth century, after the death of Langdarma, the Tibetan King of the last generation of Tubo Kingdom, the interior of the royal chamber began a struggle for the throne. Gyede Nyimagong, an offspring of Langdarma, was lost in the struggle, and then he escaped to Ngari (Ali) area and built a small kingdom. Gyede Nyimagong divided Ngari (Ali) in three parts and enfeoffed them to his three sons. The Guge Kingdom was the princedoms of the second son, Yeshi Ö. And it lasted over 700 years and finally died out in war.

The Ruins of Guge Kingdom are 600 meters wide from east to west, 1200 meters long from south to north, and boasts an area of 720 thousands square meters. With houses, pagodas and caves, it is 300 meters from the foot of the ruin to the top of mountain, which form a huge ancient building complex. The building complex is divided three levels, palace in the upper, temple in the middle and residence in the lower. The lower part of the building complex is connected by tunnels, and the stone wall in outer, blockhouse at the corner. There are five temple buildings with relatively intact murals, namely the White Palace, the Red Palace, the Palace of Yamantaka, the Tara Palace, and the Mandala Palace. Clay sculptures, colorful murals, and portraits of Tibetan btsan-po and princes of generations remain in the temple. There is the royal palace on the top of the mountain, including the main hall for gatherings, scripture hall for Buddhist activities, altars, shrines, and the winter palace and summer palace where the royal family lived. There is also an old channel made of rocks and is about 2 kilometers.

There are so many surveyed and registered material objects at the Guge Kingdom Sites: relics of 445 houses, 879 caves, 58 blockhouses, 4 underpasses, 28 stupas of various types, 1 cave burial, 1 weapon arsenal, 1 stone pot warehouse, 11 large and small granaries, 4 Buddha statue caves, 1 wall burial, 1 ground burial with wooden coffin. Relics that remain from the war, such as iron armor, vests, shields, arrow shafts and pebbles that piled up everywhere, are scattered around the ruins. Not far from the site is a hidden corpse cave, in which there are many headless corpses. Guge sculptures are mostly gold and silver Buddhist statues, of which the higher one is known as “Guge Silver Eyes”. The most numerous and complete remains are its murals. Guge murals are magnificent and in unique style, which comprehensively reflect all aspects of social life at that time. The personal character are conspicuous, and the plump and dynamic female characters are particularly representative. Due to its geographical location and the influence of various foreign cultures, Guge's artistic style has obvious Kashmir and Gandhara artistic characteristics. Guge is rich in gold and silver, and a huge number of excavations, a type of scripture written with gold and silver ink, have been found in the ruins of Toling Temple, Tsparang and Piyang-Donggar. This scripture is written on blackish-blue paper, with a row of gold ink and a row of silver ink, there is no extra luxury.

There are painted murals on the roof and the four walls of the temples of the ruins of the Guge Kingdom. The painting style is self-contained, which is influenced by the Ü-Tsang area and also influenced by the neighboring countries - Nepal, India and even Central Asia. These murals boast high artistic and historical value and occupies an important position in the history of Tibetan art. Several buildings in the ruins are of great value in painting, clay sculpture and sculpture art that are all complete works left over from the period of the Guge Kingdom, and are the representatives of Guge architecture and art. In order to resist external invasion, the Guge Kingdom built the capital and some subordinate seat of local government as several military strongholds, especially the military defense facilities of the capital, which provide detailed information for the study of defense facilities in ancient Tibetan architecture.

The Guge Kingdom had 16 kings. The ancient palace castle in Tsada (Zhada) County was continuously expanded from the 10th century to the 16th century. The Guge Kingdom occupied an important position in the cultural history of Tibet. At that time, on one hand, the Buddhism of ancient India was introduced from here to the heart of Tibet, on the other hand, there were ancient commercial roads passing through here, it was one of the important commercial ports for Tibet's foreign trade. Besides, the Guge Kingdom had always been a more powerful regime in Tibet during the next 400 years after the Tubo Kingdom died out. It is a pity that the mysterious Guge Kingdom disappeared overnight in history. 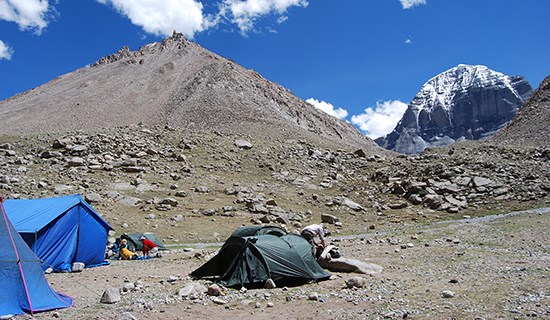 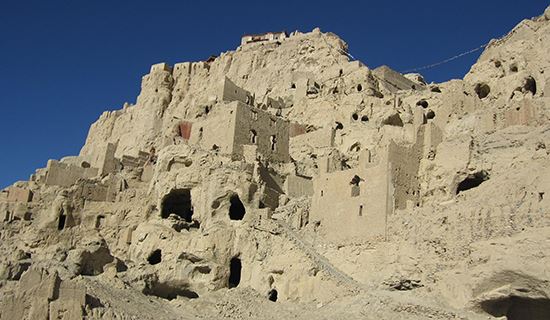 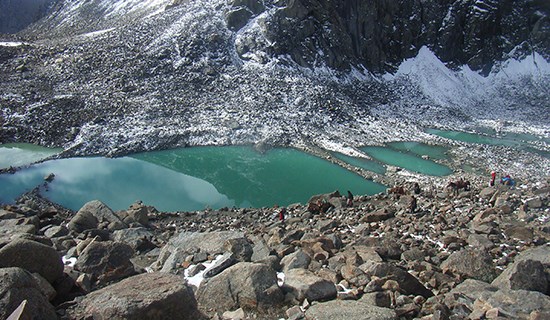 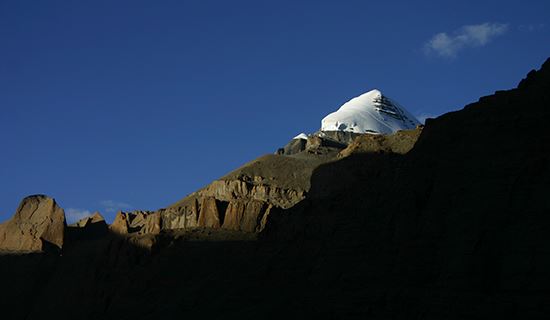 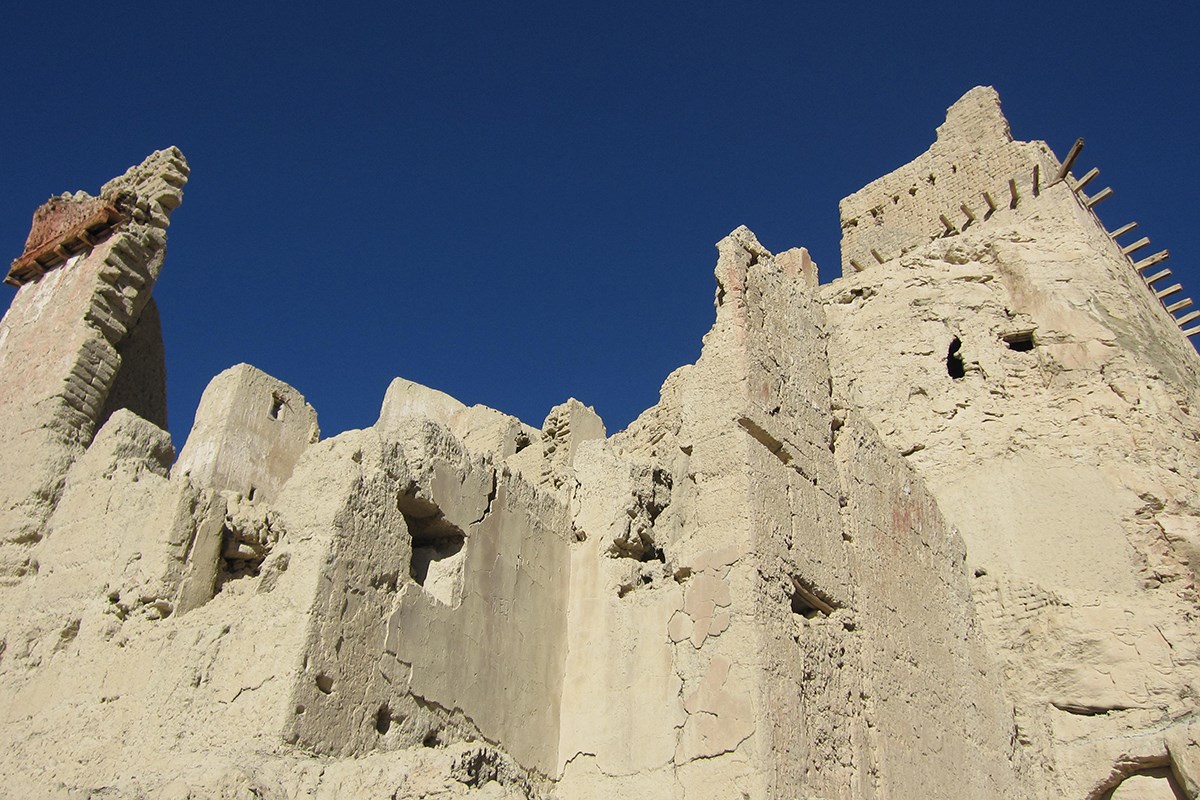 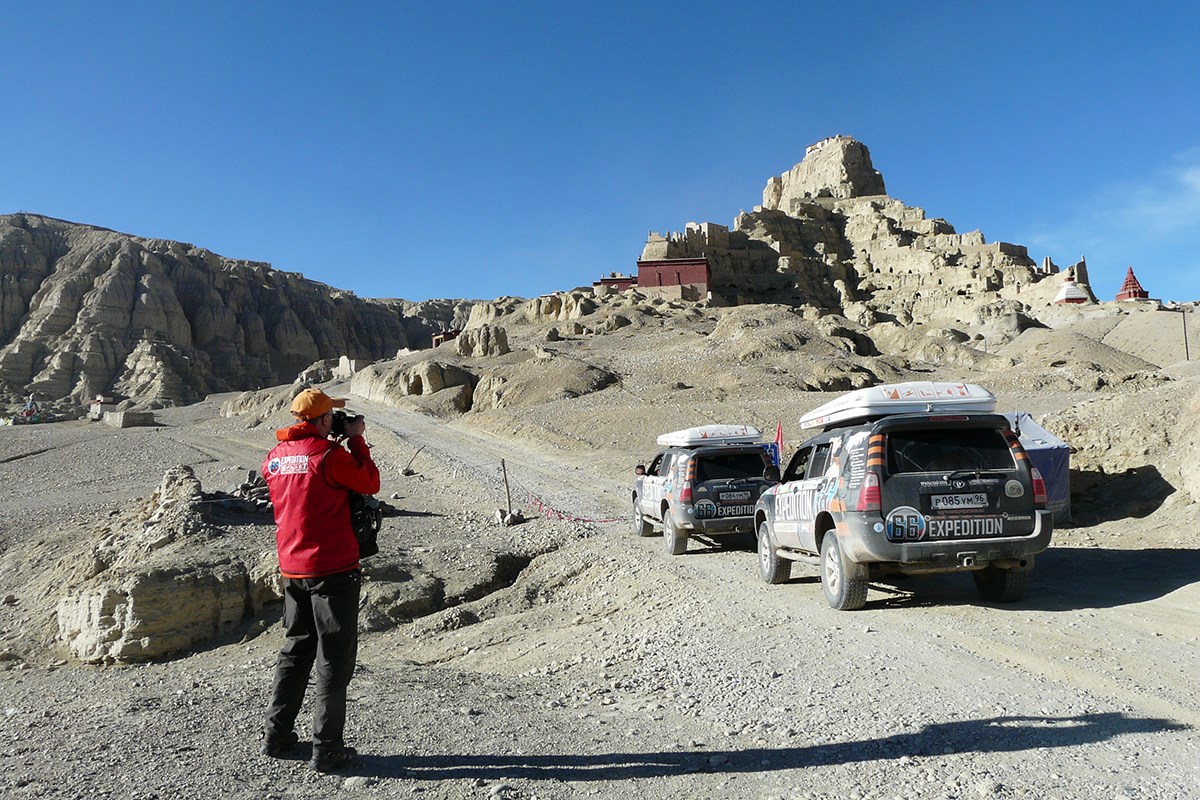 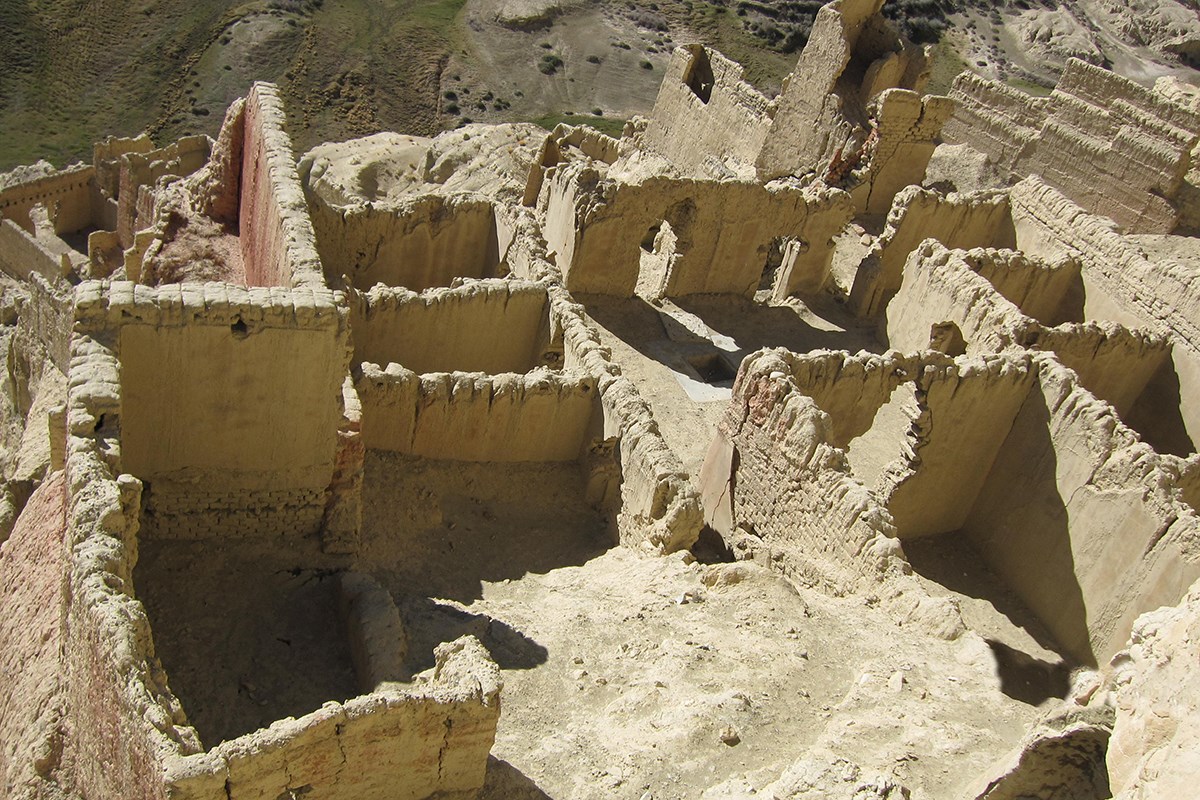 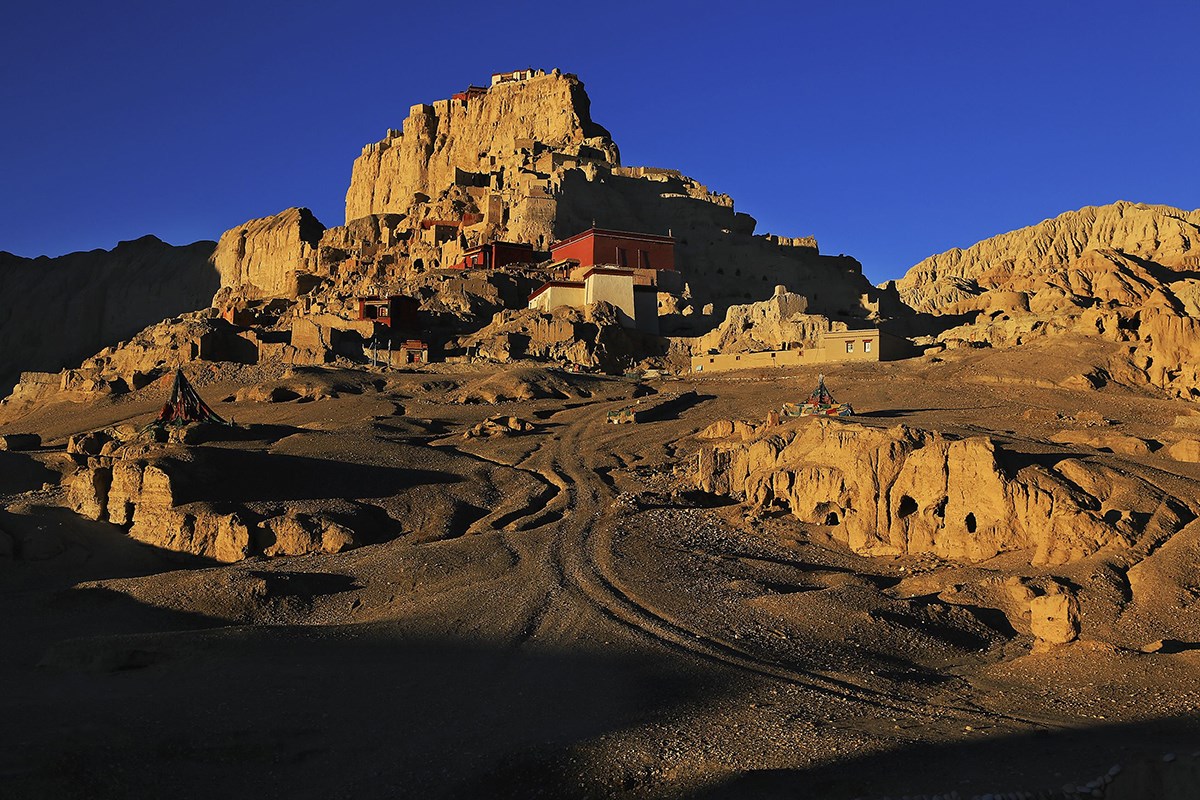 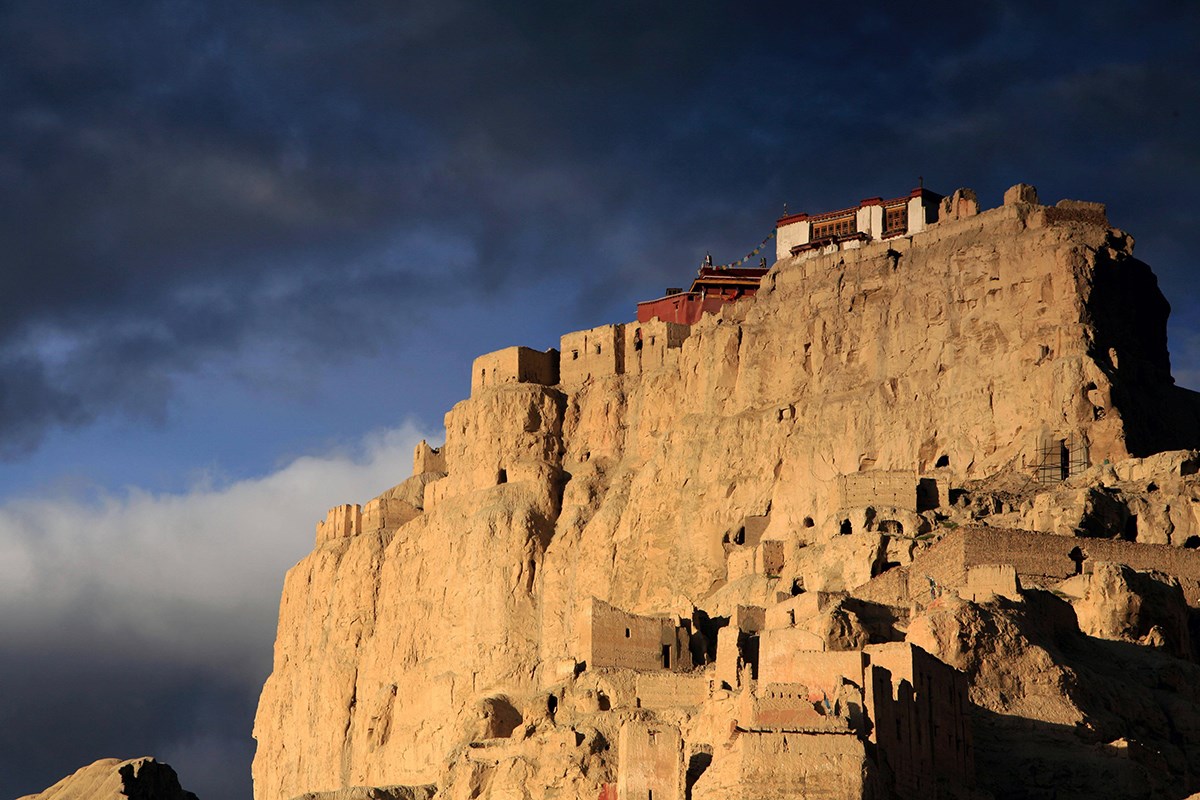 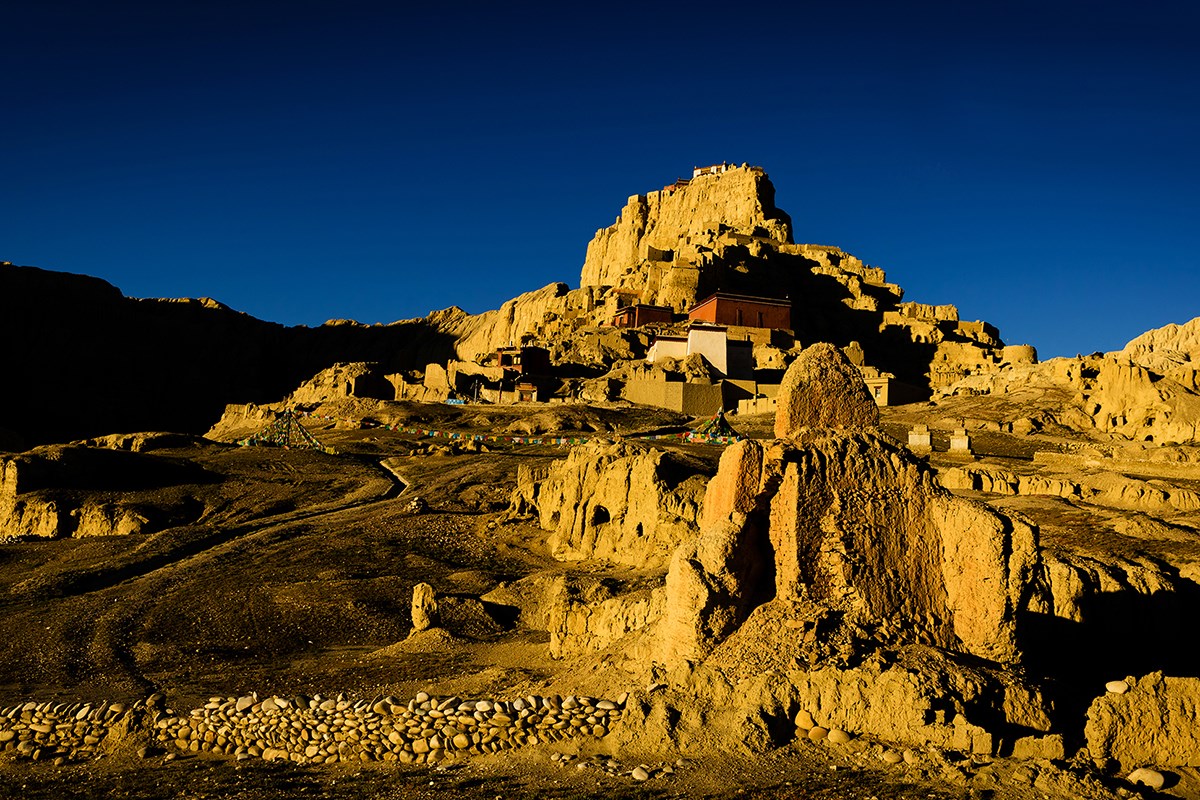 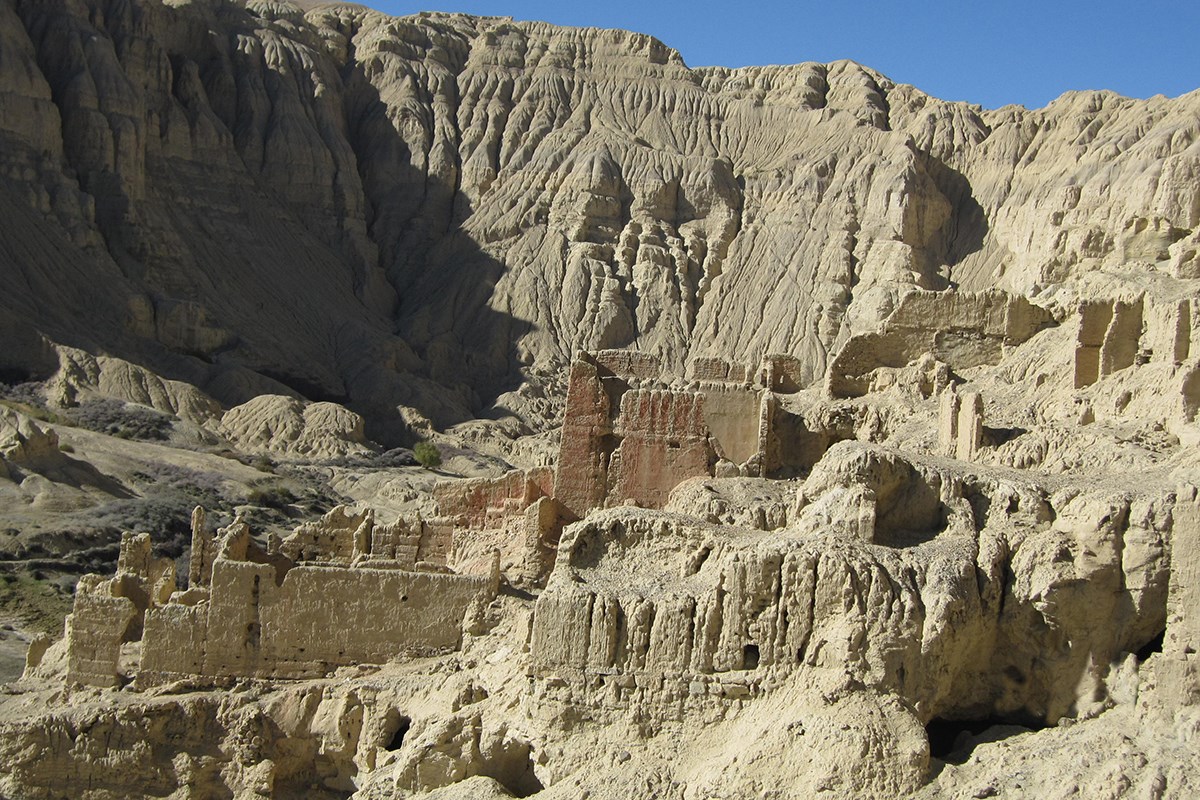 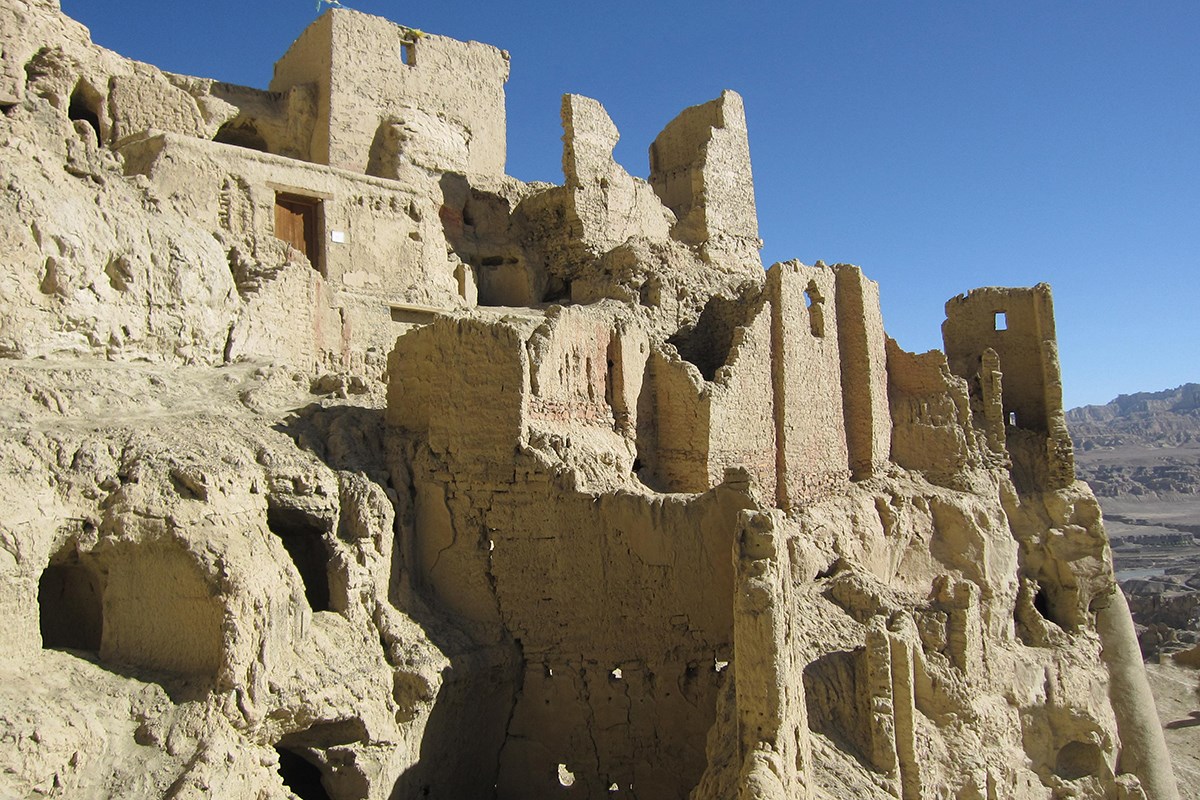 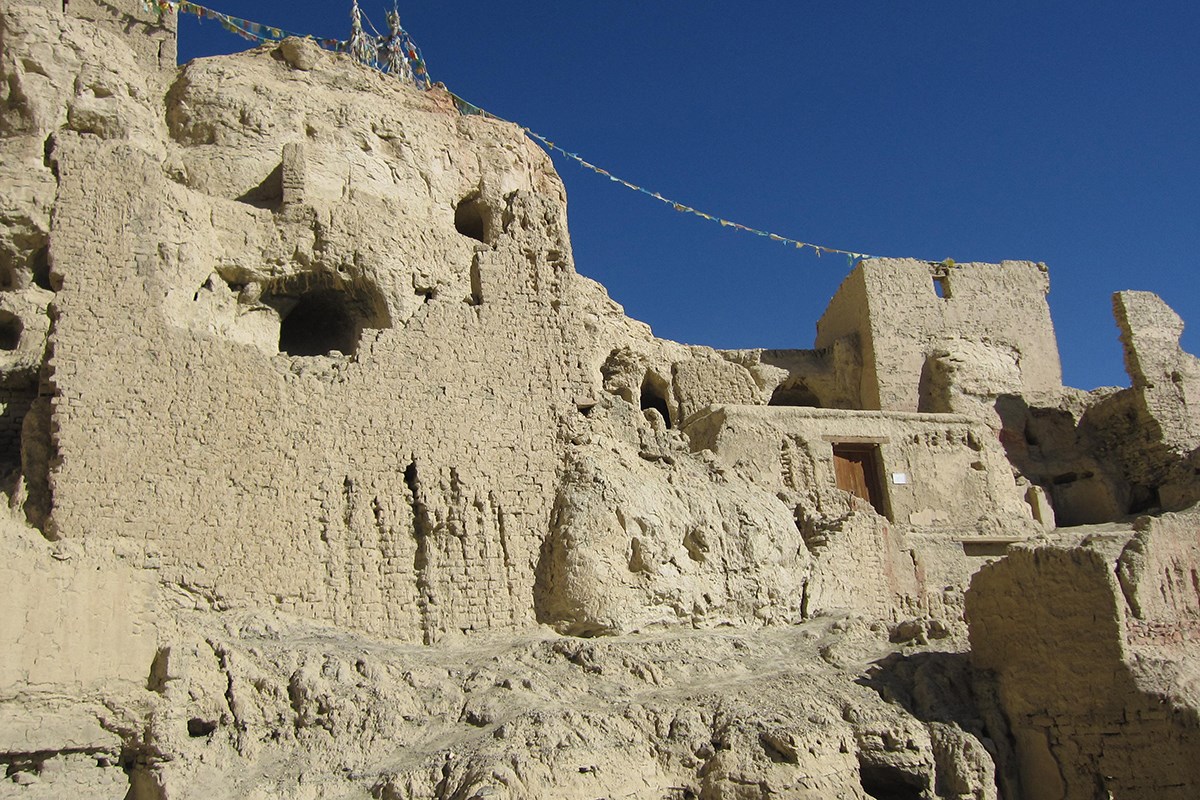 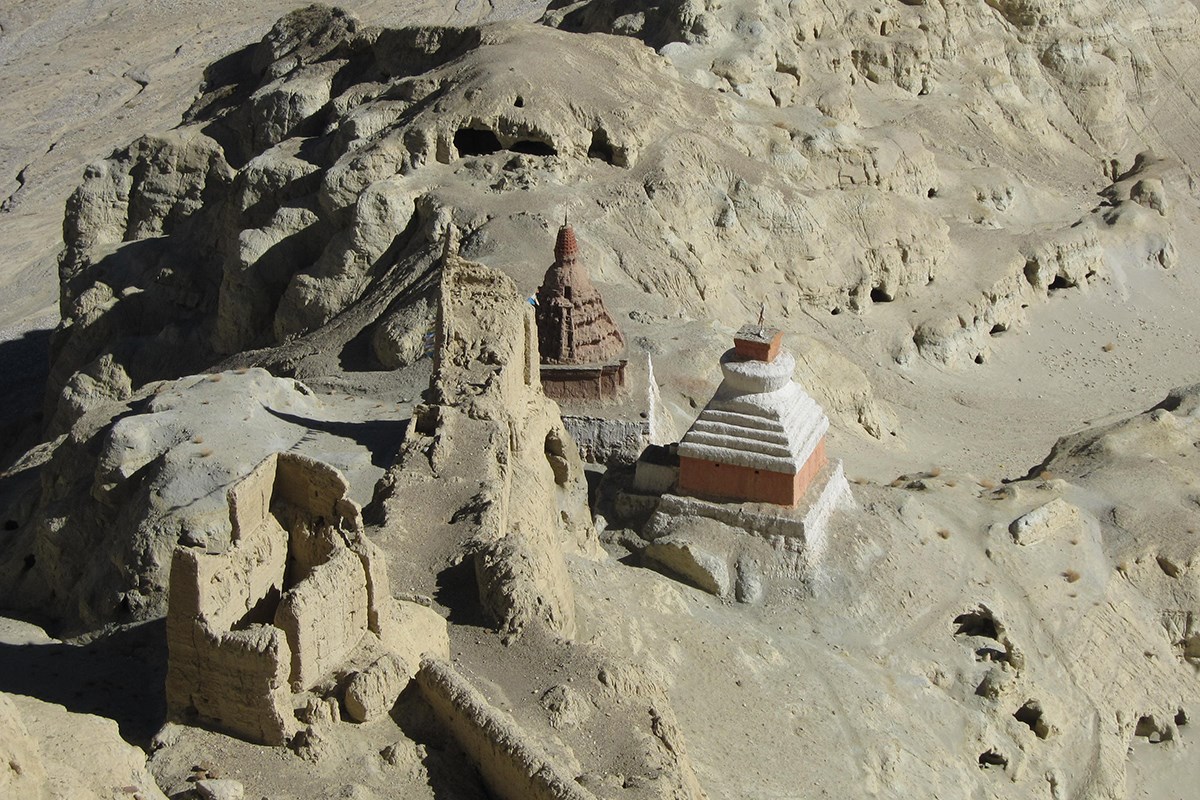 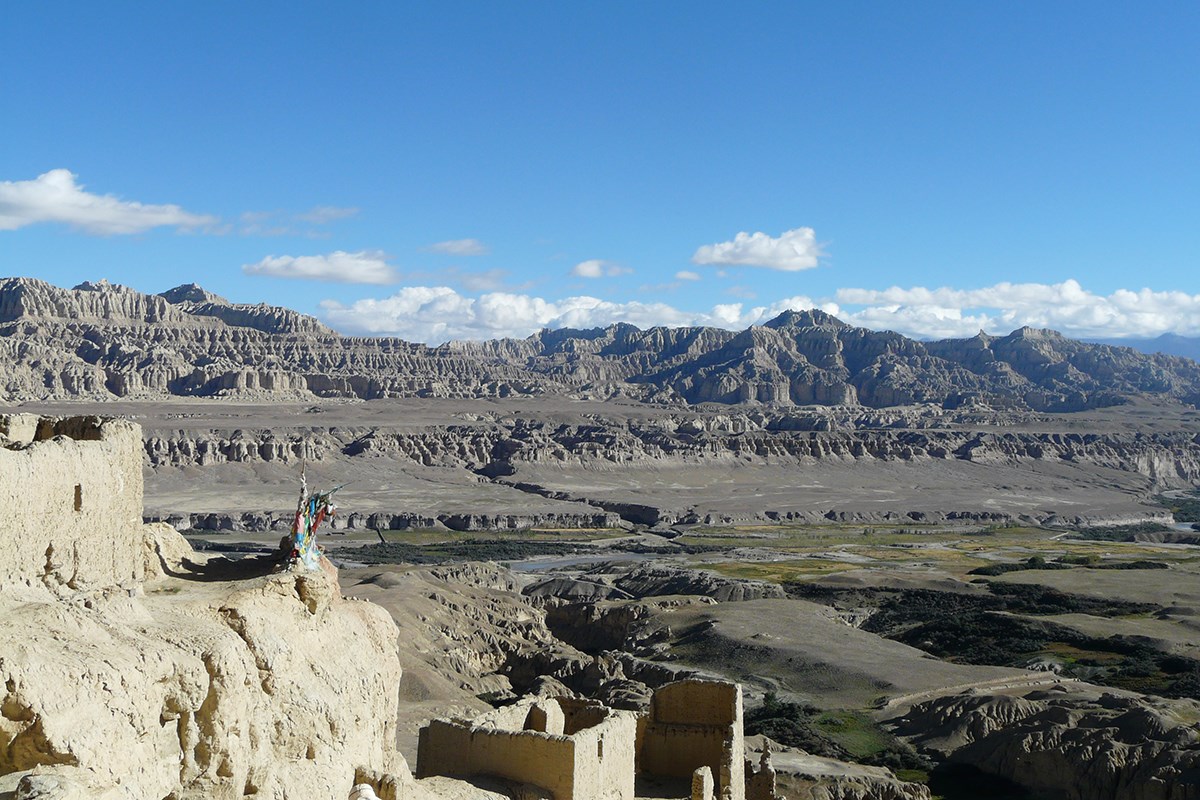 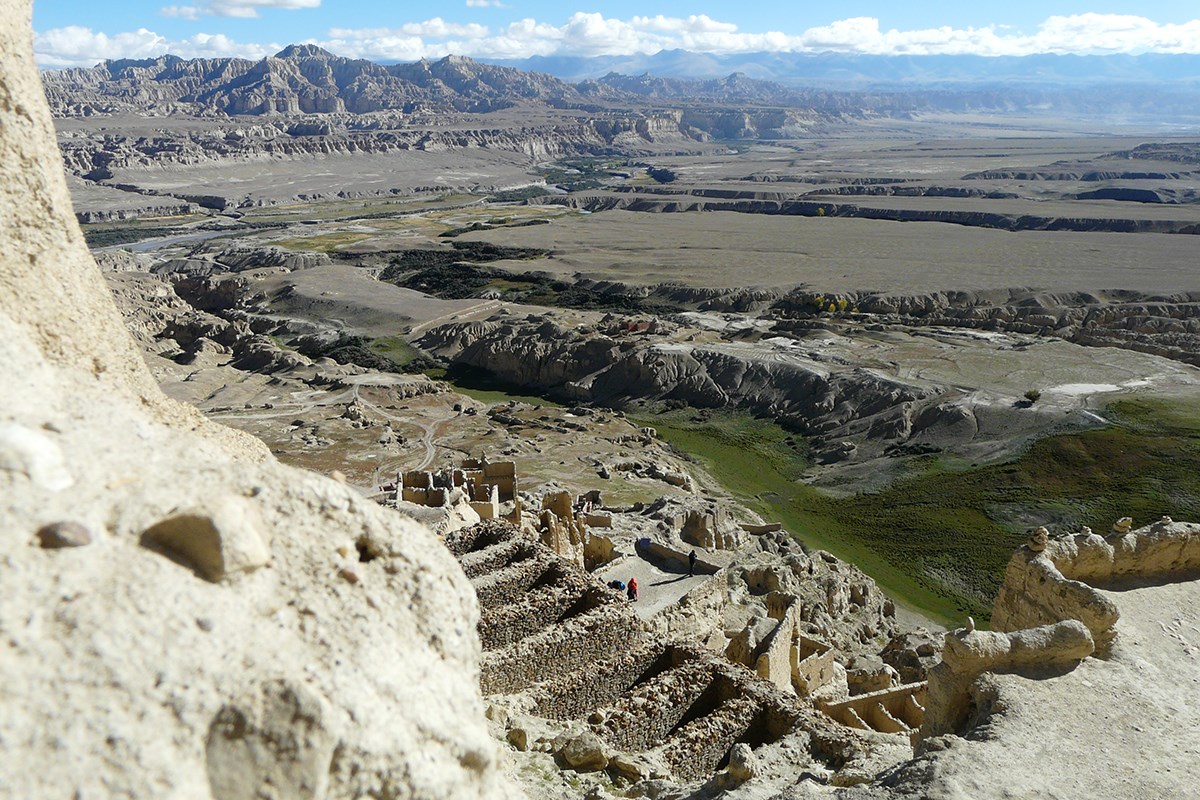 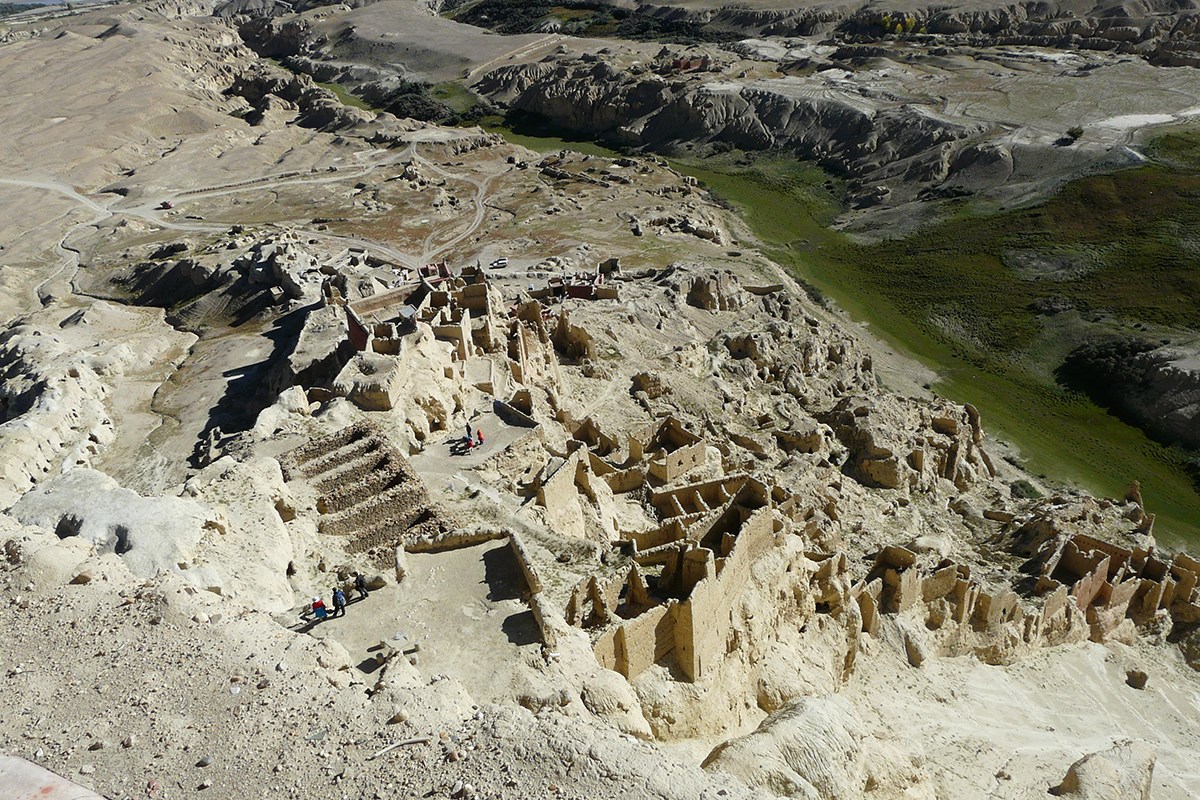 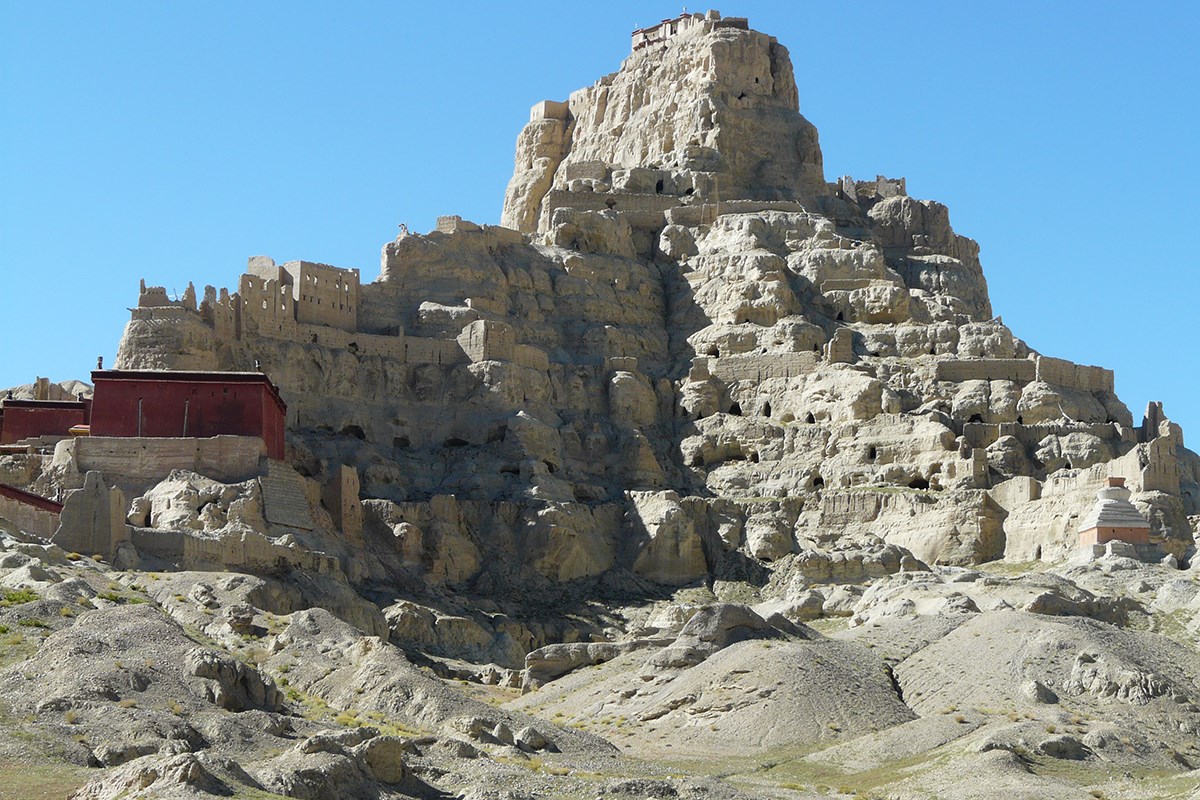 Ruins of Guge Kingdom | Photo by Thubten
Rich Choices of Tibet Travel and Tibet Trekking
We think, you'll get your favorite Tibet travel here. Of course, we can plan your private travel according to these Tibet tour and Tibet trekking series, we need only a rough idea of your interests, wishes, demands...